Create an Adventure with Copyright 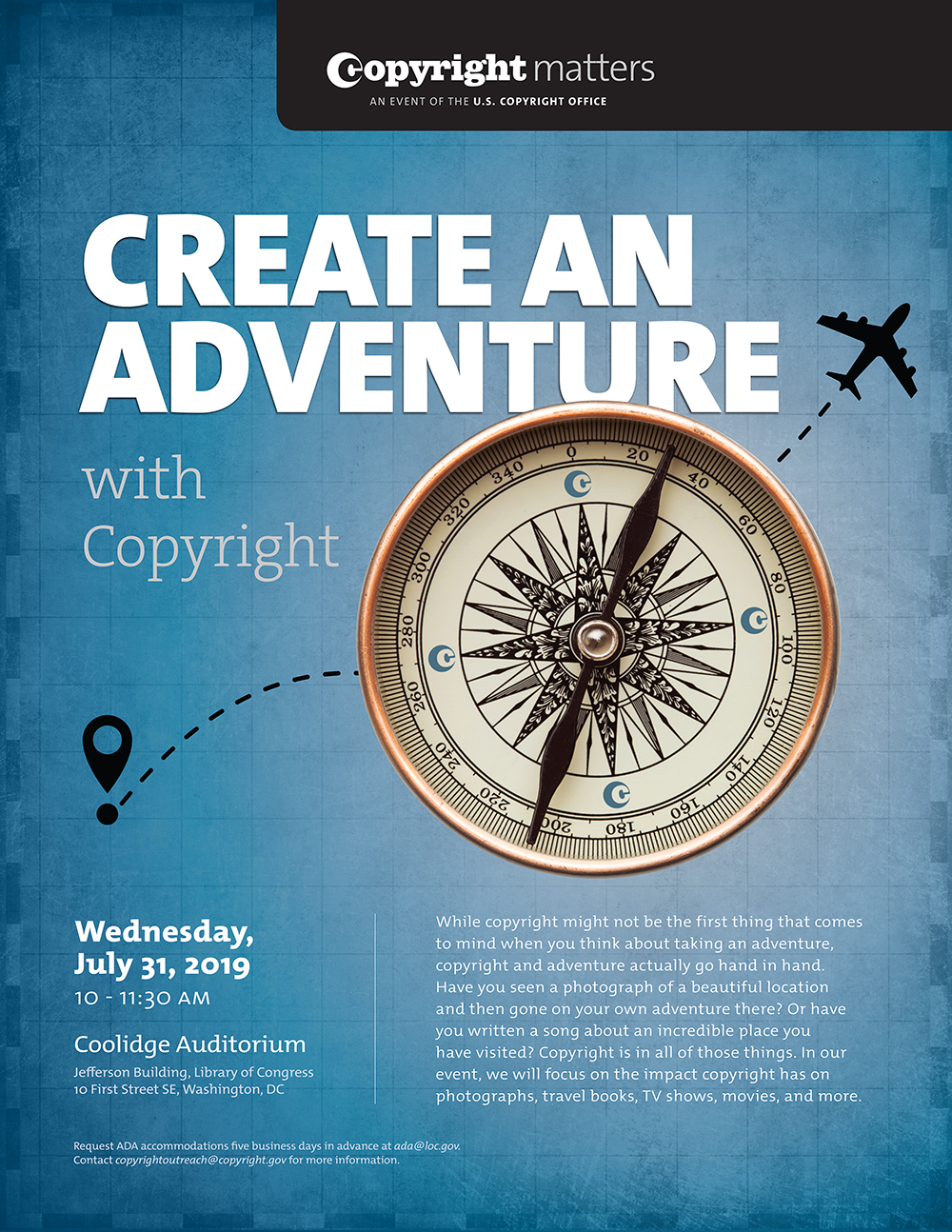 On Wednesday, July 31, at 10:00 a.m. eastern time, the U.S. Copyright Office will host “Create an Adventure with Copyright” in the historic Coolidge Auditorium of the Library of Congress, Jefferson Building, in Washington, DC.


While copyright might not be the first thing that comes to mind when you think about taking an adventure, copyright and adventure actually go hand in hand. Have you seen a photograph of a beautiful location and then gone on your own adventure there? Or have you written a song about an incredible place you have visited? The event will celebrate the role copyright plays in inspiring adventure and how adventure promotes copyright, with a focus on the impact copyright has on photographs, travel books, music, TV shows, and movies.


Four presenters will discuss their work:

John Hessler, Author and Curator of the Jay I. Kislak Collection of the Archaeology and History of the Early Americas, Library of Congress; 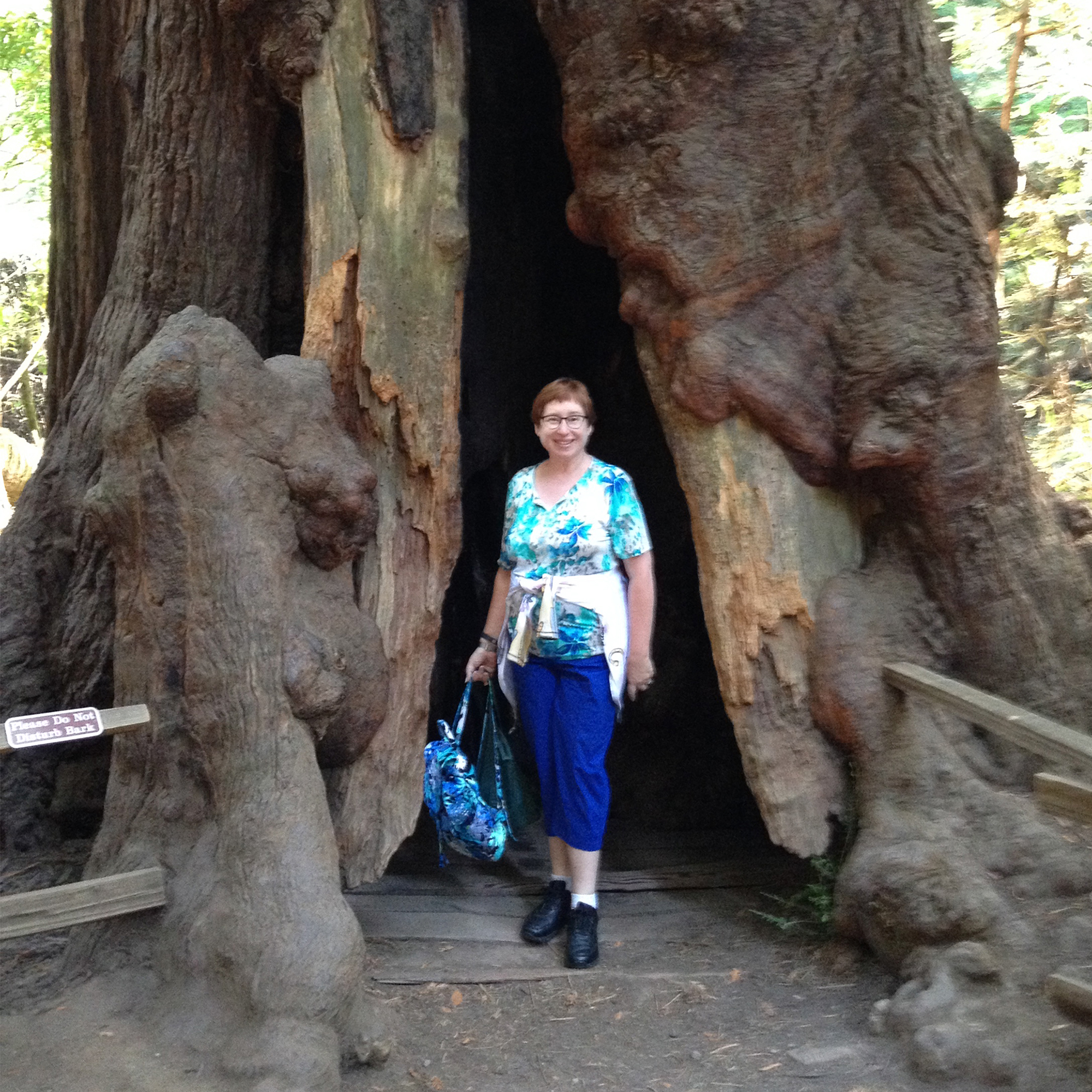 
Jeanne M. Fink has worked at the National Geographic Society for more than 30 years and is currently the vice president and senior associate general counsel. She leads all legal efforts around the global nonprofit’s extensive intellectual property portfolio. She also oversees the legal administration of the Society’s grants program.


Fink specializes in managing the National Geographic Society’s trademark and copyright portfolios, focusing on the massive archive and historical library amassed over the organization’s 130-year history. The collections house nearly 12 million images, 800,000 hours of footage, and over 6 million pieces of paper. In addition, she oversees the rights clearance process for all of the Society’s creative assets. These include images, video and other content that appear on the organization’s digital and social media platforms as well as published materials featured in National Geographic’s exhibitions, events and philanthropic efforts.


Fink holds a J.D. from the University of Maryland and a B.S. in music administration from West Virginia Institute of Technology. 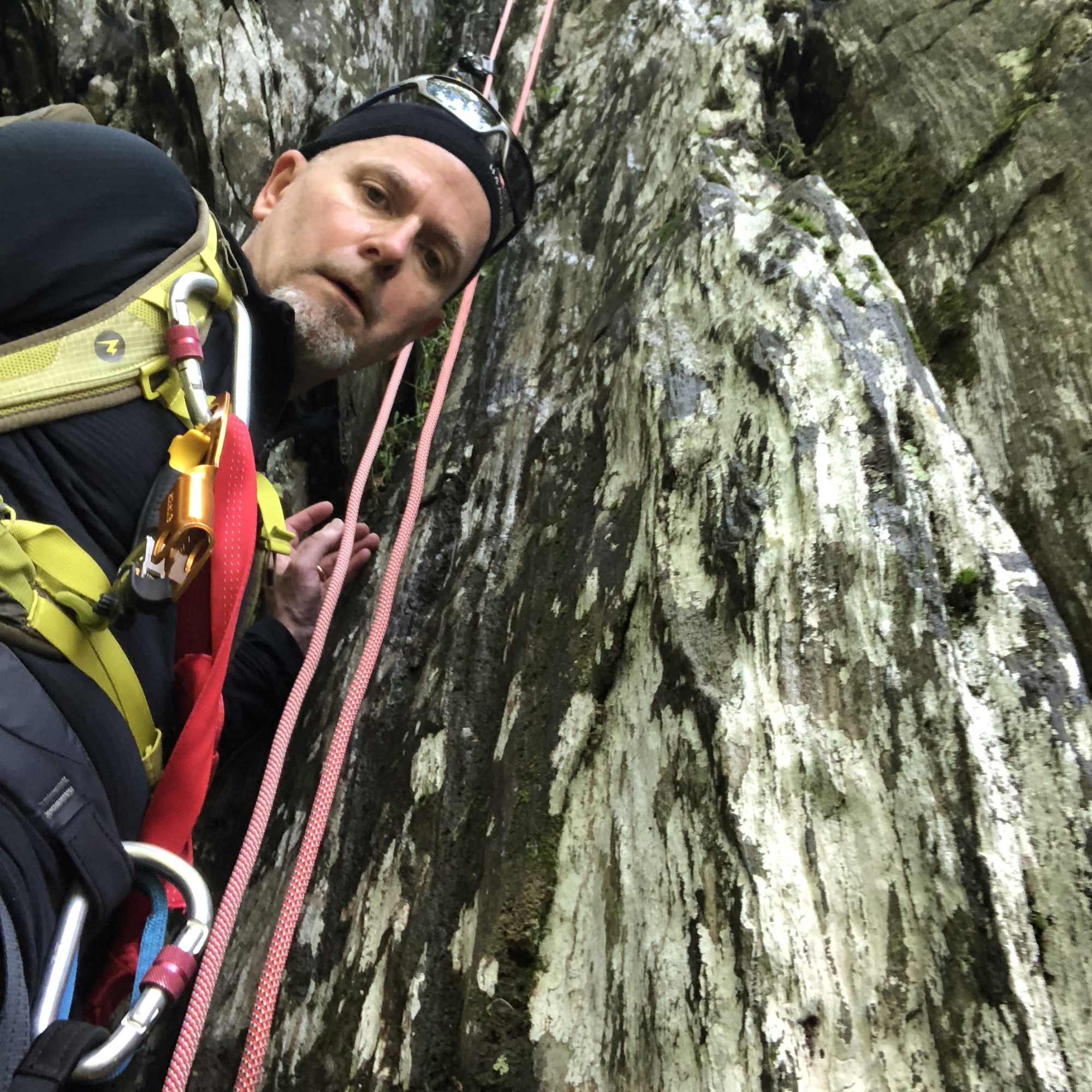 Author and Curator of the Jay I. Kislak Collection of the Archaeology and History of the Early Americas, Library of Congress


When not climbing in the Alps, mountain biking through some jungle, or searching through ruins in Central America, John W. Hessler is the Curator of the Jay I. Kislak Collection of the Archaeology and History of the Early Americas and a Specialist in Geographic Information Science at the Library of Congress in Washington, DC.

Formerly of the Smithsonian Institution's National Museum of Natural History, his current research focuses on the linguistics and ethnobotany of medicinal plants amongst the ancient Nahau and Maya and on the traditional plant classification schemes in the Amazon. His work has concentrated on the Arawak family of languages including Mawayana, Baniwa, Tariana, Cabiyari and Yucuna, along with language isolates along the Rio Negro.


He has participated in archaeological investigations of ancient plant materials, including the recent study of the remains of Mesoamerican agave. Hessler is an avid lepidopterist and is also interested in forensic entomology in archaeological contexts and the biogeography of corpse eating insects.


An expert in computer vision and AI applications in archaeology and cartography, he has taught courses in three-dimensional imaging and computer vision at the Kunsthistorisches Institute in Florence, Italy, and is currently using 3D modeling and Gaussian curvature calculations to study the practice of cranial modification in the skulls and ceramics of the ancient Americas.


A mountaineer and alpinist, Hessler is also an occasional contributor to Alpinist Magazine, and is finishing up a book called, Collecting for a New World: treasures of the early Americas that will be published in the US and UK in Fall 2019.


Hessler gave the 2019 Nancy Brownell Lecture in the History of the Book called A Blue as No Other: the science and philosophy of color in the Mesoamerican Codex and blogs about archaeology and cartography for the Library of Congress Blog and Worlds Revealed. 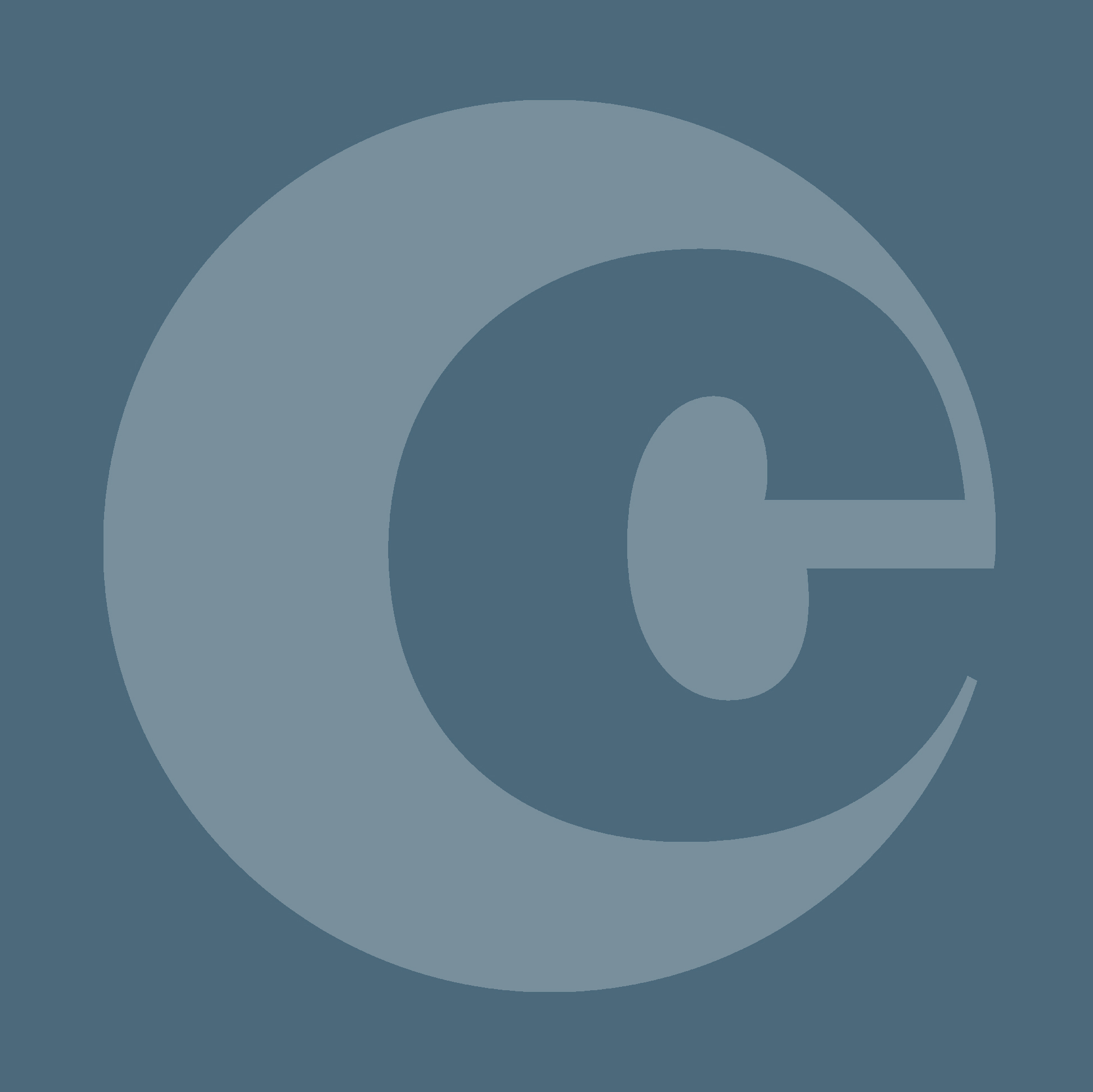 
Andrea Sachs has written for Travel since 2000. She has reported from nearby places such as Ellicott City, Md., and the Jersey Shore, and from far-flung locations, including Burma, Namibia and Russia. 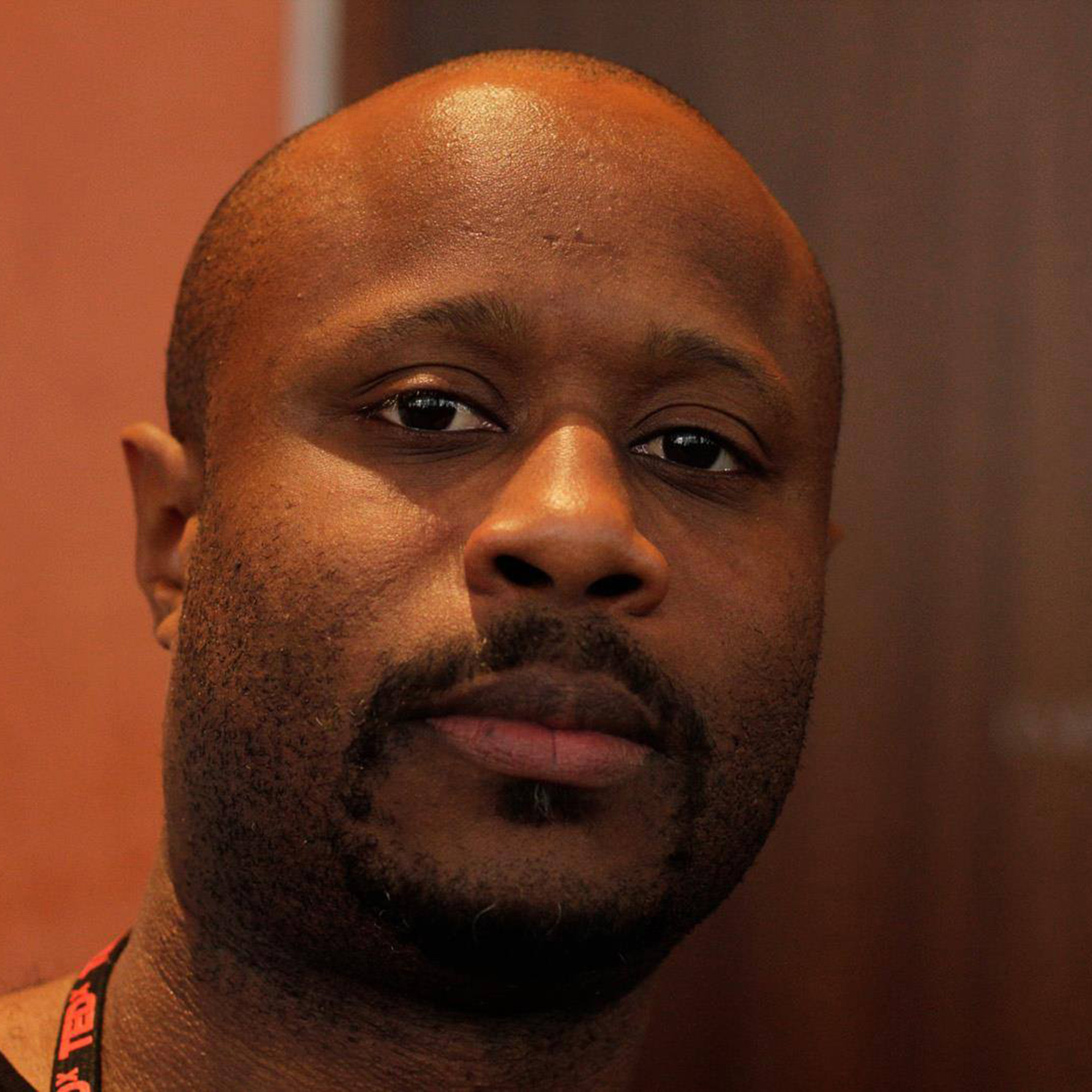 
With over 30 years of experience, Dominic “Shodekeh” Talifero continues to make musical strides as a groundbreaking beatboxer, vocal percussionist and breath artist who pushes the boundaries of the human voice within and outside the context of Hip Hop music and culture. He currently serves as a musical accompanist and composer in residence for Towson University’s Department of Dance and is the founding director of Embody, A Festival Series of the Vocal Arts, which strives for artistic and cultural convergence through a variety of vocal traditions from the worlds from opera and throat singing to the many forms of vocal percussion.

Beatboxing is a form of vocal percussion born within the world of Hip Hop and easily exists as one the most highly advanced vocal art forms to known to humankind. Imitating and often replacing a drum set, drum machine, or drum loop through a series of vocal effects or percussive sounds primarily produced by the larynx, nasal, and oral cavities, Beatboxing exemplifies the Hip Hop philosophy of creating meaningful artistic expressions with limited resources at its most extreme; it replaces the source of the timeless Break Beat with the Human Voice, becoming a ubiquitous feature of the American city experience and soundscape.

In previous years Talifero served as music faculty of the American Dance Festival at Duke University and has served as the chosen musician for a variety of master class experiences led by such luminaries as Ailey II of Alvin Ailey American Dance Theater, the Paul Taylor American Modern Dance Ensemble, and the Bill T. Jones/Arnie Zane Dance Company. In his close relationship with the world of dance, he has acquired a wealth of experiences of applying his vocal and rhythmic skills in the movement context of ballet, capoeira, fire movement, belly dancing and a wide range of modern dance techniques pioneered by such legends as Merce Cunningham, Martha Graham, and Lester Horton.

Over the years, Talifero has moved from Beatboxing’s Hip Hop roots to explore innovative and convergent collaborations with a wide range of traditional artists. He serves as the Beatboxer and vocal percussionist for the globally renown Alash, one of the world’s leading Tuvan Throat Singing ensembles, and features on their recent Smithsonian Folkways album release of Achai; has become a recent collaborator with the exquisite Silkroad Ensemble based at Harvard University and founded by legendary cellist Yo Yo Ma; and is serving as the resident Beatboxer and cultural ambassador of the local Baltimore chapter of Classical Revolution.

Talifero has also become more immersed in recent years within the realm of Hip Hop-inspired Science Communication, which includes creating the math and music based course Beatbox Algebra in collaboration with the Homewood Arts Center of Johns Hopkins University; serving as the host for World Voice Day presented by the Johns Hopkins Voice Center; and serving as a panelist and musician for The Neuroscience of Art, a weeklong conference presented by the Salzburg Global Seminar in Salzburg, Austria.

Beyond the stage and lights of his work, Talifero also serves as an active board member of the Asian Arts and Culture Center of Towson University and the Baltimore Sister Cities Program of the City of Baltimore’s Office of the Mayor.