Get up, stand up. For music. 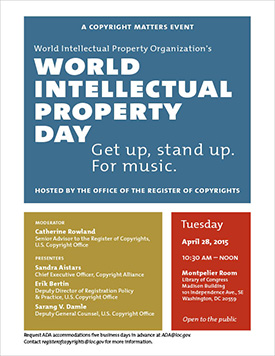 The U.S. Copyright Office partnered with the Copyright Alliance for the fourth time for a Copyright Matters program in recognition of World Intellectual Property Day. This year’s theme, as announced by the World Intellectual Property Organization, was “Get up, stand up. For music.” The program took place on Tuesday, April 28, at 10:30 a.m. in the Montpelier Room (6th Floor, James Madison Memorial Building, Library of Congress). 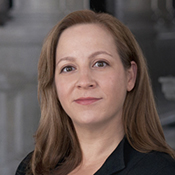 Catherine R. Rowland is Senior Advisor to the United States Register of Copyrights. She was appointed to the position in 2015.

In her position, Rowland assists the Register on a full range of policy, legal, and governance issues relating to the United States Copyright Office (USCO) and its agency responsibilities.

Rowland joined the USCO in 2010 as Attorney-Advisor for the Copyright Office’s Office of the General Counsel and also served as Senior Counsel for Policy and International Affairs from 2012 to 2015. Before joining the Office, she served several years in private law practice in Washington, D.C., where she represented a variety of companies in intellectual property matters. Rowland began her legal career as a law clerk for the Honorable N. Carlton Tilley, Jr., of the United States District Court for the Middle District of North Carolina. 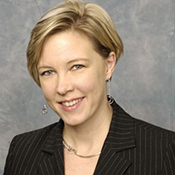 Sandra Aistars is the Chief Executive Officer of the Copyright Alliance, a non-profit, non- partisan educational organization of artists, producers and distributors from across the copyright spectrum. She is a frequent speaker on intellectual property and new media topics at a variety of venues. Prior to joining the Alliance, Aistars served as Vice President and Associate General Counsel at Time Warner Inc. In her role at Time Warner Aistars coordinated the company's intellectual property strategies; served as an expert to the U.S. Congress, the Copyright Office, and various departments and agencies; and represented the company in cross-industry coalitions and technology standards efforts. Aistars has also worked as a lawyer and lobbyist on intellectual property and technology issues at Weil, Gotshal & Manges, LLP, and served as the head of public relations and government affairs for a non-profit organization. Aistars hails from a family of talent, which includes an opera singer, authors and painters. She has provided pro bono legal counsel throughout her career to numerous independent artists and creators including singersongwriters and non- profit arts organizations. 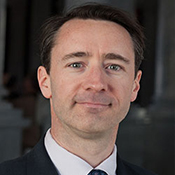 Erik Bertin is Deputy Director for Registration Policy and Practice for the United States Copyright Office (USCO). He was appointed to the position in 2015. Bertin assists the Associate Register of Copyrights and Director of Registration Policy and Practice on a full range of legal, policy, and governance issues involving the USCO and its administrative responsibilities.

Bertin joined the USCO in 2011 as an Attorney-Advisor in the Office of Policy and International Affairs and served as an Assistant General Counsel from 2013 to 2015. Before joining the Office, he worked in private practice for fifteen years in Washington, DC where he represented a wide range of clients in intellectual property matters. 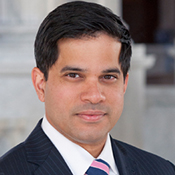 Sarang (Sy) Damle is Deputy General Counsel for the United States Copyright Office (USCO). He was appointed to the position in 2015.

Damle assists the General Counsel on the full range of legal issues before the Office, including litigation, policy studies, and regulatory proceedings. He also helps provide legal advice and assistance to the various components of the USCO, the U.S. Department of Justice, and other federal agencies.

Damle joined the USCO in 2014 after several years of government service. From 2013 to 2014, he was Senior Counsel in the Consumer Financial Protection Bureau. Before that, Damle was an appellate litigator in the Department of Justice’s Civil Division, where he served as lead counsel in over 40 appeals, with a focus on intellectual property, separation of powers, and administrative law matters. Damle began his legal career as a law clerk to the Honorable Sandra L. Lynch of the U.S. Court of Appeals for the First Circuit.