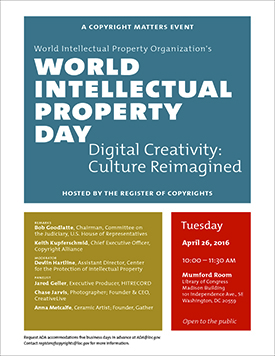 For the fifth year in a row, the U.S. Copyright Office joined with the Copyright Alliance for a Copyright Matters program in recognition of World Intellectual Property Day. This year’s theme, as announced by the World Intellectual Property Organization, was “Digital Creativity: Culture Reimagined.” The program took place on Tuesday, April 26, from 10:00 a.m. to 11:30 a.m. (EDT) in the Mumford Room (6th Floor, James Madison Memorial Building, Library of Congress).

The program featured remarks from Congressman Bob Goodlatte, chairman of the House of Representatives Committee on the Judiciary, and Keith Kupferschmid, chief executive officer of the Copyright Alliance. The program celebrated creativity as it presents itself in our interconnected digital world. It also highlighted established creators who have mastered their crafts and who have created innovative revenue streams to pay fellow creators fairly. The panelists shared their thoughts about the value of copyright law in our digital world and provided suggestions on “what’s next." 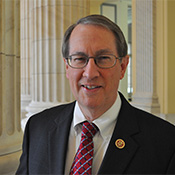 Bob Goodlatte represents the Sixth Congressional District of Virginia in the United States House of Representatives.

Chairman Goodlatte is a graduate of the Washington and Lee University School of Law, and his undergraduate degree in government was earned at Bates College in Lewiston, Maine.

Chairman Goodlatte and his wife, Maryellen, reside in Roanoke and have two adult children. 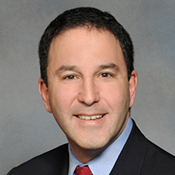 Keith Kupferschmid is chief executive officer of the Copyright Alliance. Before joining the Copyright Alliance, he served as general counsel and senior vice president for intellectual property at the Software and Information Industry Association. During his 16 years there, he represented and advised member software and content companies on intellectual property policy, legal, and enforcement matters. He also supervised the association’s Anti-Piracy Division, including working with federal and state officials on civil and criminal piracy cases, and he testified before Congress and federal and state agencies. Earlier, Kupferschmid was an intellectual property attorney at Finnegan, Henderson, Farabow, Garrett, and Dunner; an attorney-advisor at the U.S. Patent and Trademark Office; director of intellectual property protection at the Office of the United States Trade Representative; and policy planning advisor at the U.S. Copyright Office. 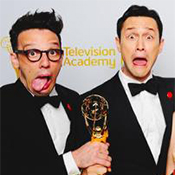 Jared Geller is executive producer of HITRECORD, a collaborative production company founded and directed by actor and artist Joseph Gordon-Levitt. Through HITRECORD, anyone with an Internet connection can contribute text, images, audio, and video to projects and work together with others in the online community of over half a million artists. HITRECORD has produced books, music, films, and television shows, including the Emmy Award-winning series “Hit Record on TV with Joseph Gordon-Levitt.” The company splits profits with all who contribute to final productions.

Before teaming up with Gordon-Levitt in 2009, Geller produced shows and theatrical events at some of the world’s most prestigious live venues, including more than a dozen at Carnegie Hall. He produced “Rufus Wainwright Sings Judy Garland” at Carnegie Hall, directed by Sam Mendes and nominated for a Grammy Award in 2007. The same year, Geller received a Tony Award nomination for “Kiki and Herb: Alive on Broadway.” In 2009, he received a second Tony Award nomination for “Slava’s Snowshow.” Other notable productions include the North American premiere of “Jerry Springer the Opera” and “The Pee-Wee Herman Show.” Geller’s most recent stage collaboration was with Yoko Ono on “We Are Plastic Ono Band,” which opened to critical acclaim at the Brooklyn Academy of Music. 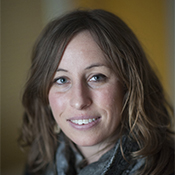 Anna Metcalfe is owner of Gather Art Registry, an online gallery featuring handmade local art from Minneapolis. A practicing ceramic artist, she curates the gallery’s collection, serves as its artist coordinator, and teaches career development to artists through Springboard for the Arts, an organization that connects artists with the skills, information, and services they need to make a living and a life. Her own artistic practice focuses on functional ceramics, public art, and community engagement. She has received a Jerome Foundation Study and Travel Grant (2014), Minnesota State Arts Board Artist Initiative Grants (2013 and 2015), and a Jerome Foundation Emerging Artist’s Project Grant for Public Art (2009). Metcalfe earned a master’s degree in fine arts from the University of Minnesota in 2009. 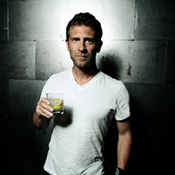 Chase Jarvis is founder and chief executive officer of CreativeLive, one of the world’s fastest-growing online education companies offering interactive workshops on photography, video, design, business, audio, music, crafting, and software. He is also a well-known photographer, director, and fine artist who seeks to break down barriers between new and traditional media and fine and commercial art. As a photographer, he was won awards from the Prix de la Photographie de Paris, the Advertising Photographers of America, the International Photography Awards, and trade magazines worldwide. Photo District News magazine named Chase among the top 30 influential photographers of the past decade. As a director and producer of commercials, short films, and music videos, Chase has worked with brands such as Apple, Starbucks, and Nike and with artists including Sarah McLachlan and members of Pearl Jam. As a fine artist, Chase works with museums, galleries, and foundations on projects featuring “instant” and “live” creativity and community collaboration. Chase has also written three books, presents to audiences worldwide, and has millions of social media subscribers, fans, and followers. 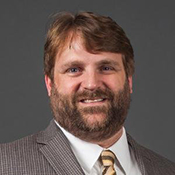 Devlin Hartline is the Assistant Director of the Center for the Protection of Intellectual Property (CPIP) at George Mason University School of Law, where he leads the Center’s communications and academic advocacy efforts. Devlin works closely with the Center’s scholars to publicize and promote rigorous research on the law, economics, and history of intellectual property. Devlin holds an LL.M. with concentrations in intellectual property and constitutional law from Tulane University Law School, a J.D. from Loyola University New Orleans College of Law, and a B.A. in mathematics from the University of Colorado at Boulder. Devlin is currently an S.J.D. candidate at Tulane Law, where he is writing his dissertation on the historical and doctrinal development of equitable rights and remedies in copyright law, and he maintains a personal intellectual property law blog at lawtheories.com.