The U.S. Copyright Office and the World Intellectual Property Organization (WIPO) co-hosted a yearlong virtual roundtable series on copyright education for youth enrolled in primary and secondary schools. Convening each month, the Roundtables on International Copyright Education: IP and Creativity for the Youth (RICE) began June 15, 2021 and concluded on April 19, 2022.


RICE provided invited government officials, education policymakers, and educators from around the world with an opportunity to share and discuss strategies and best practices for educating youth about copyright. The series sought to strengthen collaborative networks among participants and across regions.


Following RICE’s conclusion, the Office and WIPO will design materials for educators who are active in developing educational strategies to enhance the understanding and appreciation of intellectual property.


The following countries and regional organizations participated in the symposium:

Recording of Copyright & Social Justice, which took place at the Library of Congress on January 15, 2020


As a follow up to "Copyright & Social Justice," the U.S. Copyright Office interviewed Lateef Mtima, professor of law at the Howard University School of Law and founder and director of the Institute for Intellectual Property and Social Justice, as part of our Copyright Spotlight series. Professor Mtima discussed how the COVID-19 pandemic and protests against police brutality have impacted creators and creative communities of color. He also explained how sociopolitical movements have inspired creative works. 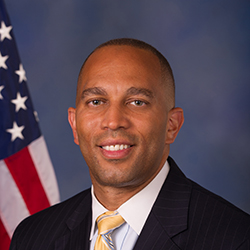 United States Congressman for the Eighth District of New York


Hakeem Jeffries represents the diverse Eighth Congressional District of New York, an area that encompasses large parts of Brooklyn and a section of Queens. Serving his fourth term in the United States Congress, Rep. Jeffries is a member of the House Judiciary Committee and House Budget Committee.


Rep. Jeffries is Chairman of the House Democratic Caucus, having been elected to that position by his colleagues in November 2018. In that capacity, he is the fifth highest-ranking Democrat in the House of Representatives. He is also the former Whip of the Congressional Black Caucus and previously co-chaired the Democratic Policy and Communications Committee where he helped develop the For The People agenda.


In Congress, Rep. Jeffries has emerged as a tireless advocate for social and economic justice. He has worked hard to help residents impacted by the devastation of Superstorm Sandy, reform our criminal justice system, improve the economy for everyday Americans and protect our health care from right-wing attacks.


Prior to his election to the Congress, Rep. Jeffries served for six years in the New York State Assembly. In that capacity, he authored laws to protect the civil liberties of law-abiding New Yorkers during police encounters, encourage the transformation of vacant luxury condominiums into affordable homes for working families and improve the quality of justice in the civil court system.


Rep. Jeffries was born in Brooklyn Hospital, raised in Crown Heights and is a product of New York City’s public-school system. He lives in Prospect Heights with his family. 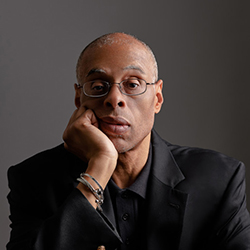 
Lateef Mtima is a professor of law at the Howard University School of Law and founder and director of the Institute for Intellectual Property and Social Justice. He earned his law degree at the Harvard Law School, where he co-founded the Harvard BlackLetter Journal. 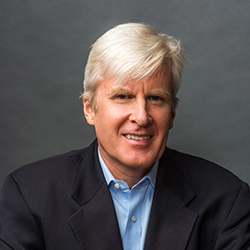 
Robert Brauneis is a professor of law and co-director of the Intellectual Property Program at the George University Law School. He earned his law degree at Harvard Law School and clerked with now-Justice Stephen G. Breyer when Breyer was a judge on the U.S. Court of Appeals for the First Circuit, and also with Supreme Court Justice David H. Souter. 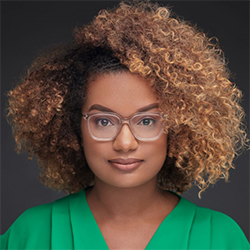 
Kim Tignor is a lawyer and activist who serves as executive director of the Institute for Intellectual Property and Social Justice. She earned her law degree at Georgetown University Law Center and prior to joining the IIPSJ was policy director of the Lawyers’ Committee for Civil Rights Under Law. 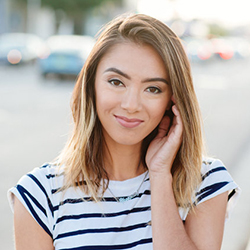 
Hollis Wong-Wear is a Grammy-nominated Los Angeles and Seattle-based songwriter, musician, speaker, and advocate. She is the lead vocalist for R&B trio the Flavr Blue, and has worked with Macklemore and Ryan Lewis.